The 2018 American Book Award winners will be formally recognized on Sunday, October 28, from 12:00-2:30 p.m. at the SF Jazz Center, Joe Henderson Lab, 201 Franklin Street (at Fell), San Francisco, CA. This event is open to the public.

The American Book Awards were created to provide recognition for outstanding literary achievement from the entire spectrum of America’s diverse literary community. The purpose of the awards is to recognize literary excellence without limitations or restrictions. There are no categories, no nominees, and therefore no losers. The award winners range from well-known and established writers to under-recognized authors and first works. There are no quotas for diversity, the winners list simply reflects it as a natural process. The Before Columbus Foundation views American culture as inclusive and has always considered the term “multicultural” to be not a description of various categories, groups, or “special interests,” but rather as the definition of all of American literature. The Awards are not bestowed by an industry organization, but rather are a writers’ award given by other writers.

Astra Taylor received the 2015 American Book Award for The People’s Platform: Taking Back Power and Culture in the Digital Age.

“Taylor’s film is alive with febrile hope, offering not only wrangling, tangling debate, but real situations, lived experience and democracy in the raw. Even as the social body is sawn apart, there are people working to stitch it back together again. Often these are folk who have historically been left out of the discussion — women, people of colour, gay and lesbian people, and kids.

In What Is Democracy?, genuine action happens not in the Oval Office or a UN conference room, but in makeshift medical centres that sprang up in Greece under austerity measures, a workers’ co-op that employs refugees from across Latin America, or a living room in Miami where young activists debate who gets to be a citizen, whether mobility is more important than capital and, ultimately, “Who gets to count and who gets counted?””

Astra Taylor received the 2015 American Book Award for “The People’s Platform: Taking Back Power and Culture in the Digital Age.” Thom Powers interviews her about her third film, What is Democracy, which was screened at the 43rd annual Toronto International Film Festival.

“What is Democracy? — the title and central question of Astra Taylor’s new documentary — forgoes simple answers in favour of a series of compelling contradictions, one of which is that democracy is both thought and action.”

Nick Turse received the American Book Award in 2014 for Kill Anything That Moves: The Real American War in Vietnam and in 2016 for Tomorrow’s Battlefield: U.S. Proxy Wars and Secret Ops In Africa. Amy Goodman invites him onto her program Democracy Now to discuss his article Slaughter in Silence: How a brutal ethnic cleansing campaign in the Democratic Republic of the Congo was made worse by Trump’s America First policy and the world’s neglect.

Ishmael Reed released Conjugating Hindi, a historical satire of Indian race relations in America, through Dalkey Press in the spring of 2018.

“Conjugating Hindi is a further exploration of Reed’s alternative Black aesthetic of Neo-HooDoo, informed by bricolage and jazz improvisation. It is not quite as poetic or gnostic as Reed’s 1972 masterpiece Mumbo Jumbo, but it is brilliant — the same sort of experimental brilliance observable in the fiction of Thomas Pynchon or the cut-up technique of William S. Burroughs — and more accessible.”

Will Alexander, “A Cannibal Explains Himself to Himself”

Alexander received the American Book Award in 2013 for Singing in Magnetic Hoofbeat: Essays, Prose, Texts, Interviews, and a Lecture, from Essay Press.

A Cannibal Explains Himself to Himself is a creative non-fiction essay of internal exploration. From Entropy Magazine: https://entropymag.org/a-cannibal-explains-himself-to-himself/

Ali serves on Before Columbus Foundation’s board of directors.

“The anxiety that I haven’t done enough — and will never do enough — is heightened by living in a political climate that makes it feels more urgent than ever to make a difference in the world. To do something that matters. ” From NYTimes Opinion: https://www.nytimes.com/2018/08/28/opinion/a-midlife-crisis-in-the-age-of-trump.html

Wong currently sits on the Foundation’s Board of Directors. Here he is pictured celebrating a literary anthology which he co-edited. 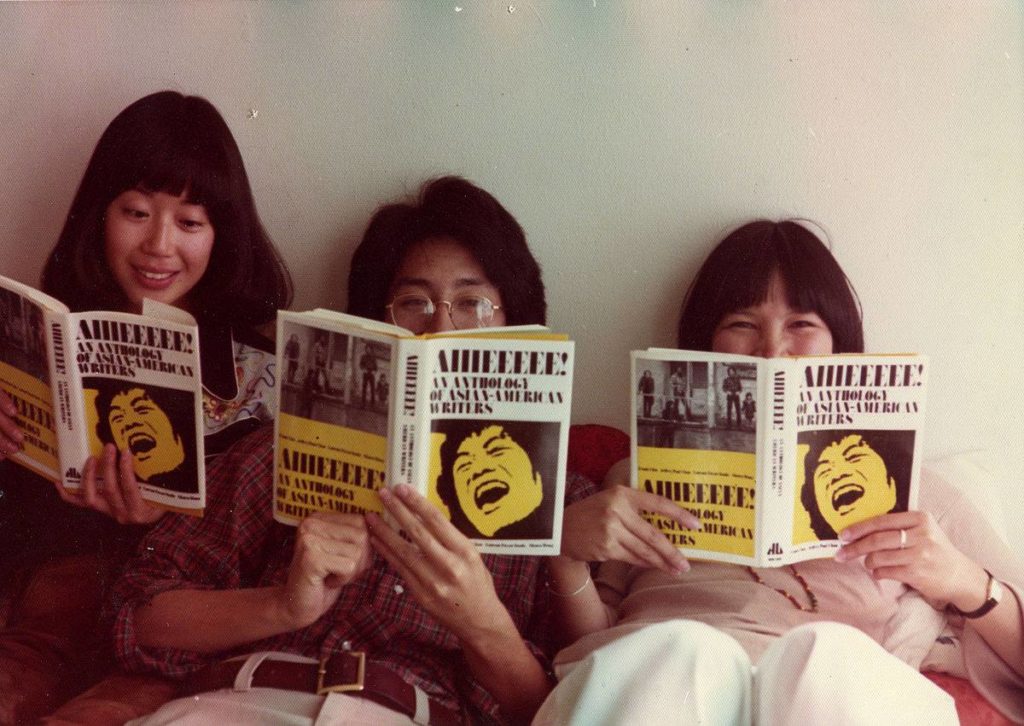 Aiiieeeee! An Anthology of Asian-American Writers with readers Nancy Wong, photographer, Shawn Wong (one of the editors of the anthology), and poet Cyn Zarco. c. 1974