America was intended to be a place where freedom from discrimination was the means by which equality was achieved. Today, American culture is the most diverse ever on the face of this earth. Recognizing literary excellence demands a panoramic perspective. A narrow view strictly to the mainstream ignores all the tributaries that feed it. American literature is not one tradition but all traditions. From those who have been here for thousands of years to the most recent immigrants, we are all contributing to American culture. We are all being translated into a new language. Everyone should know by now that Columbus did not “discover” America. Rather, we are all still discovering America-and we must continue to do so.

The Before Columbus Foundation was founded in 1976 as a nonprofit educational and service organization dedicated to the promotion and dissemination of contemporary American multicultural literature. The goals of BCF are to provide recognition and a wider audience for the wealth of cultural and ethnic diversity that constitutes American writing. BCF has always employed the term “multicultural” not as a description of an aspect of American literature, but as a definition of all American literature. BCF believes that the ingredients of America’s so-called “melting pot” are not only distinct, but integral to the unique constitution of American Culture-the whole comprises the parts.

In 1978, the Board of Directors of BCF (authors, editors, and publishers representing the multicultural diversity of American Literature) decided that one of its programs should be a book award that would, for the first time, respect and honor excellence in American literature without restriction or bias with regard to race, sex, creed, cultural origin, size of press or ad budget, or even genre. There would be no requirements, restrictions, limitations, or second places. There would be no categories (i.e., no “best” novel or only one “best” of anything). The winners would not be selected by any set quota for diversity (nor would “mainstream white anglo male” authors be excluded), because diversity happens naturally. Finally, there would be no losers, only winners. The only criteria would be outstanding contribution to American literature in the opinion of the judges.

All winners are accorded equal standing. Their publishers are also to be honored for both their commitment to quality and their willingness to take the risks that accompany publishing outstanding books and authors that may not prove “cost-effective” in the short run. There are special Award designations (such as Lifetime Achievement) for contributions to American literature beyond a recently published book. The American Book Awards Program is not associated with any industry group or trade organization. The American Book Awards offer no cash prize nor do they require any financial commitments from the authors or their publishers. The Award winners are nominated and selected by a panel of writers, editors, and publishers who also represent the diversity of American literary culture.

Frank B. Wilderson in conversation with Justin Desmangles, they will discusses his latest work, Afropessimism.

Frank B. Wilderson III is an American writer, dramatist, filmmaker and critic. Professor and chair of African American Studies, Wilderson has been named a Chancellor’s Professor at the University of California, Irvine. He received his BA in government and philosophy from Dartmouth College, his Master of Fine Arts from Columbia University and his PhD in rhetoric and film studies from the University of California, Berkeley.

Combining precise philosophy with a torrent of memories, Wilderson presents the tenets of an increasingly prominent intellectual movement that sees Blackness through the lens of perpetual slavery. Drawing on works of philosophy, literature, film and critical theory, he shows that the social construct of slavery, as seen through pervasive anti-Black subjugation and violence, is hardly a relic of the past but the very engine that powers our civilization, and that without this master-slave dynamic, the calculus bolstering world civilization would collapse.

Gordon takes the reader on a journey as he interrogates a trail from colonized philosophy to re-imagining liberation and revolution to critical challenges raised by Afropessimism, theodicy and looming catastrophe. He offers not forecast and foreclosure but instead an urgent call for dignifying and urgent acts of political commitment.

Lewis R. Gordon is an American philosopher at the University of Connecticut who works in the areas of Africana philosophy, existentialism, phenomenology, social and political theory, postcolonial thought, theories of race and racism, philosophies of liberation, aesthetics, philosophy of education and philosophy of religion. He has written particularly extensively on Africana and Black existentialism, postcolonial phenomenology, race and racism and on the works and thought of W. E. B. Du Bois and Frantz Fanon.

A celebration of the life and legacy of Miguel Algarín, poet, writer and co-founded the Nuyorican Poets Café with Miguel Piñero, and Lucky Cienfuegos. Algarín passed away late November, 2020.

The winner of three American Book Awards, including Lifetime Achievement, Miguel Algarín was a source of joy and wisdom in the community of poets, playwrights, and writers in which he served as leader and inspiration. Founder of the Nuyorican Poets Café, a venue described by Allen Ginsberg as “the most integrated place on the planet,” Miguel Algarín was not only an artist but community organizer and cultural activist par excellence.

Joining our celebration of Miguel Algarín will be Wajahat Ali, Nancy Mercado, Ishmael Reed as well as other friends and family of Nuyorican Poets Café, including theater impresario Rome Neal and visual artist Nitza Tufiño. 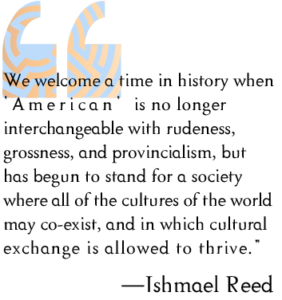 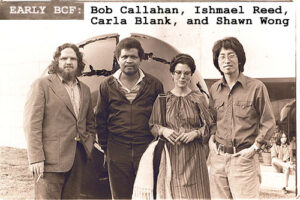